More than 10,000 people from all over the world attended the Baltic & Estonian Music Days online festival 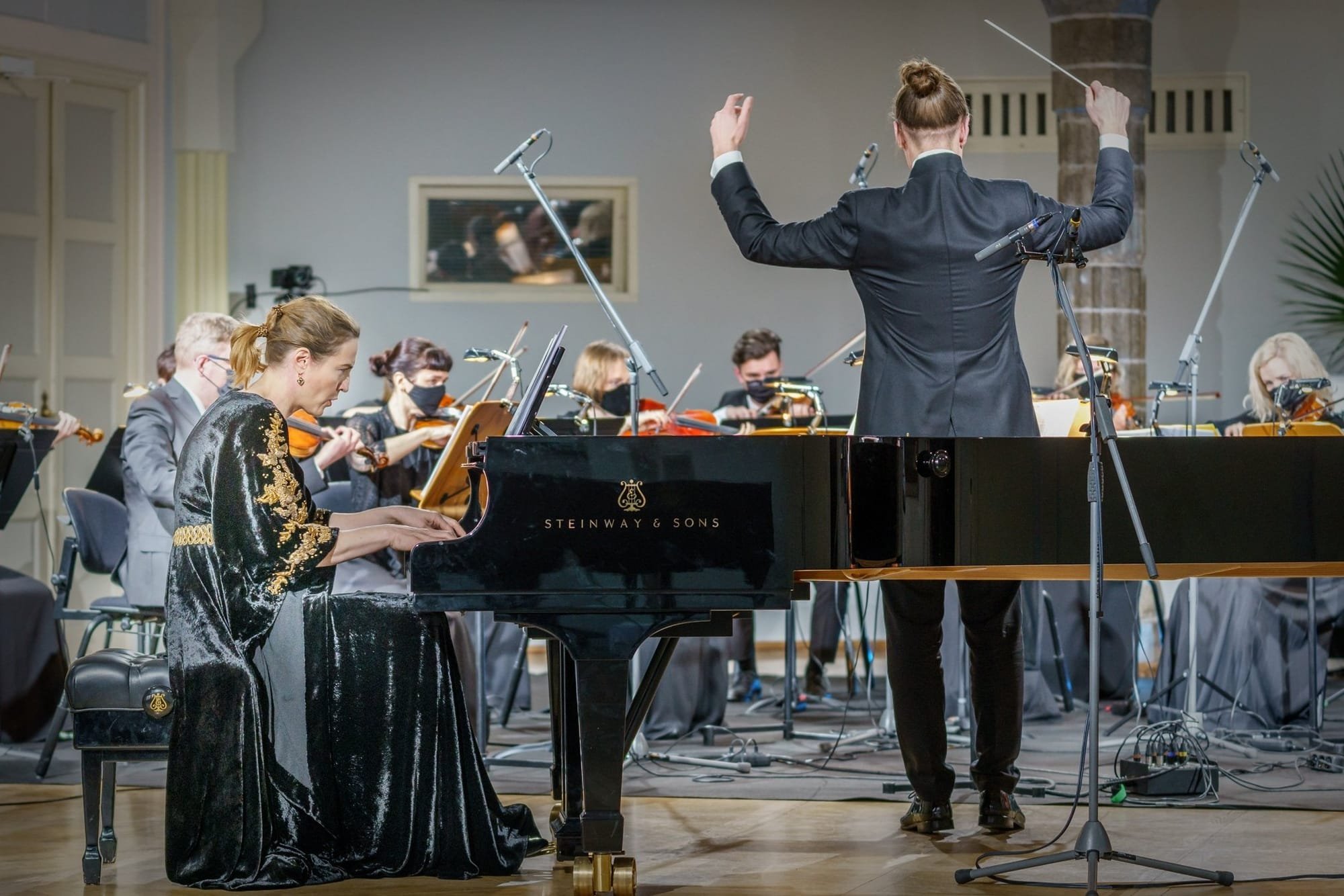 The festival took place online from 22. April to 2nd of May on the festival’s own EMP TV and the Estonian Klassikaraadio. All concerts, including the opening event and discussions are still available on the festival website (www.balticmusicadys.eu).
Due to the global crisis two concerts were postponed, the Estonian-Dutch collaborative project Trio HETK moved to May 18 (7pm GMT+3) and Maria Faust & wind orchestra barge concert in Tartu moved to the 7th of September.

The central theme “DNA” seeks a dialogue between our biological genetics, cultural origins, musical thinking, and science was founded by the artistic directors of the festival Helena Tulve and Timo Steiner. The Tartu program was devised by Estonian Composers’ Union chairman Märt-Matis Lill.

So far more than 10,000 people have watched and listened to the concerts which is three times more than would have been accommodated in the Tartu and Tallinn concert halls. The festival was followed by listeners from Estonia, Latvia, Lithuania, USA, UK, Sweden, England, Russia, Germany, Japan, Israel, Iceland, New Zealand, Brazil, Hong Kong and elsewhere.

The Estonian Music Days is the most important new contemporary music festival that focuses on the composers' new works. At the Baltic & Estonian Music Days 2021 DNA festival 61 world premieres, including 16 new works written by young composers were performed by professional performers from all three Baltic States
The festival organizers believe that the festival is a springboard through which Estonian music reaches the repertoires of other ensembles, and as a long-term result, commissioned works and joint projects with foreign festivals are born. Three concerts were in cooperation with the Gothenburg Art Sounds Festival in Sweden, which is today one of Sweden's largest festivals of sound art, contemporary composition, improvisation and electronics.

“Holding the festival only via the web and radio was a big risk and challenge for the whole team because it required a completely different readiness and preparation. Also, we could not predict how the audience will adapt to the online format. I am glad that today we have received so much positive feedback from the listeners, performers, composers as well as the Baltic colleagues,” says the head organizer of the festival Mari-Liis Rebane. “The digital format does not replace the concert experience in a live performance, but this year's experiment certainly expanded opportunities in finding new audiences geographically and within the young generation who are already used to finding their cultural recommendations online.We are especially grateful to Klassikaraadio, who organized the broadcasts of almost the entire festival. Thanks to the Klassikaraadio, the concerts will remain in the Estonian Public Broadcasting sound library, so we can be sure that these performances will be preserved and archived and become part of Estonian cultural memory. At this festival, works were born that could find significance and relevance years later."

The festival programme included 17 events: 3 discussion circles and 13 concerts. The opening event was held at the Institute of Genomics and the Apparatus Factory in Tartu. All concerts will remain available to the public for at least another 30 days.
The most-viewed concert so far is the “Eyes of The Beholder” with the Estonian National Symphony Orchestra and the Estonian Philharmonic Chamber Choir conducted by Mihhail Gerts.

This year, the new composition award "LHV Au-tasu 2021" was received by Rasmus Puur's "Violin Concerto". The LHV award was given out for the sixth time. The aim of the award is to value active composers and highlight a new work worthy of international recognition. The laureate received 6,000 euros and a trophy by glass designer Mare Saar. The award ceremony took place on April 30 at the ”Eyes of the Beholder” concert of the Baltic & Estonian Music Days 2021 “DNA” festival.
The “LHV Young Composer 2021” award was shared between two composers in the older age group. The jury's highest recognition went to Margot Männik for her work "Waves", written for clarinet, double bass and marimba, and Emiliya Borisova's work "Darkness - Flash - Echo" for piano and vibraphone. The award includes the opportunity to write a work for the main program of the Estonian Music Days festival.
The winner of the younger age group was Georg Jakob Salumäe, who won the first prize named “LHV Hope for the Future” for his work “Lost” written for violin and piano. Kristjan Kannukene received the third place recognition in the older age group for his work “KRY”. In the younger age group, Hele-Riin Raun won the 2nd prize named “LHV Hope for the Future” with her sound work “The Story of One Leaf”.

The festival was supported by the Estonian Ministry of Culture, the Estonian Cultural Endowment, the Estonian National Culture Foundation, LHV, Estonian Authors Society, the Tallinn Culture and Sports Board and the City of Tartu.

The next Baltic Music Days festival will take place in November 2022 in Kaunas, Lithuania, when Kaunas city holds the title of European Capital of Culture.

All concerts are available at the festival website:
https://www.eestimuusikapaevad.ee/en/programme/