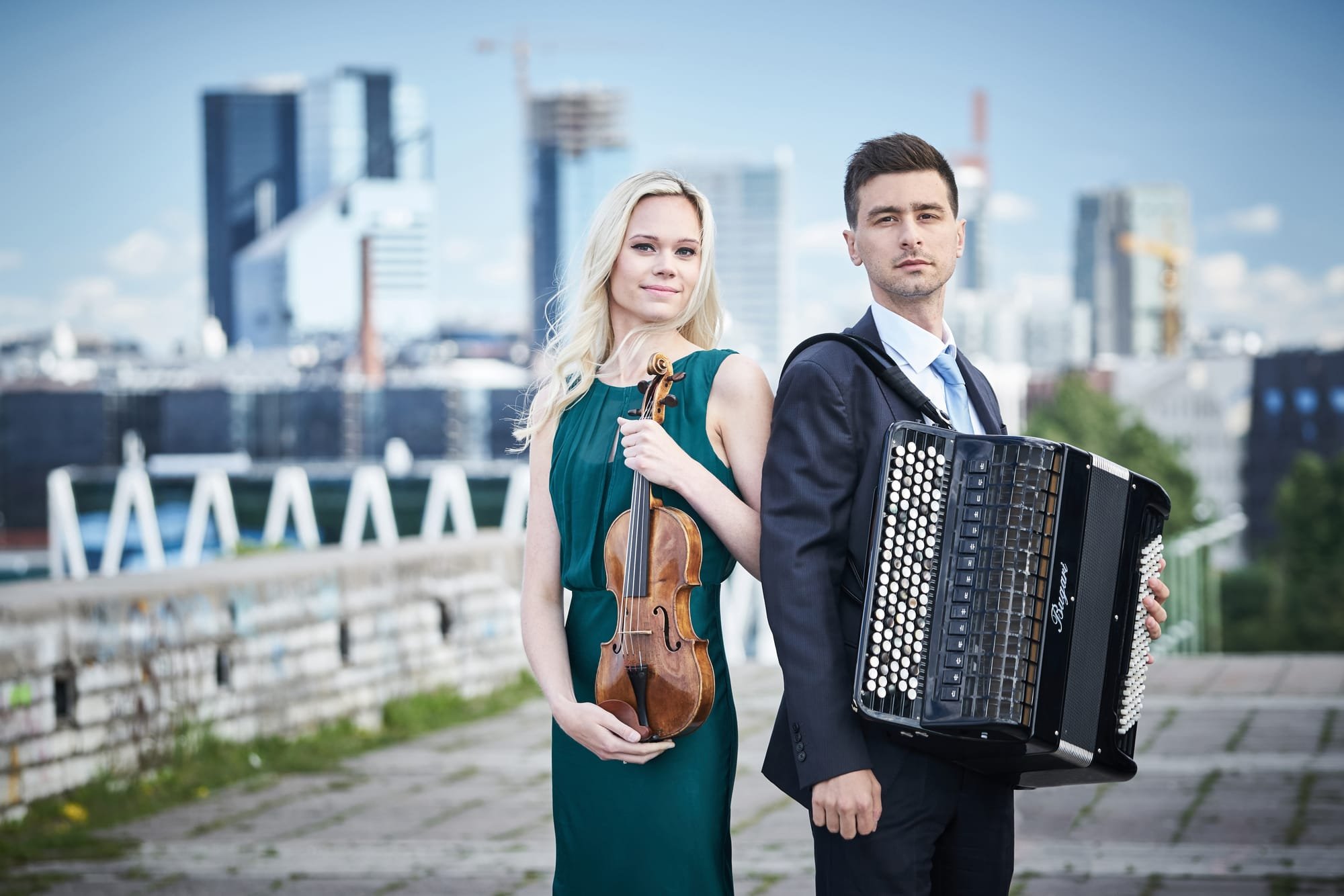 From 16 to 24 April, Estonia’s largest premiere festival will bring to the audience 32 new works by outstanding composers of different generations. This year, the festival will take place in a hybrid format – concerts will take place in concert halls with a selection of broadcasted events. The artistic directors of the festival are composers Helena Tulve and Timo Steiner, Märt-Matis Lill in Tartu, and the overarching theme is “Upside Down”.

The opening concert of the Estonian Music Days in Tartu will be given by one of the most renowned performers of this generation, who have been together for 17 years – on the organ Ulla Krigul and on the saxophone Virgo Veldi. With paths that are led by Märt-Matis Lille and Leho Rubis, the audience will experience different sound environments and rhythms. The soundwalk ends in Tartu Botanical Garden, where Priit-Kalev Parts, a lecturer in national architecture at the Viljandi Academy of Culture, Helmi Marie Langsepp, an architect, and Piret Vacht, a lecturer in environmental management, will discuss the topic “Upside Down”, moderated by Märt-Matis Lill.

The University of Tartu Symphony Orchestra performs in both Tartu and Tallinn, and revenue from ticket sales from both concerts will be collected for “For Ukraine!”.

There will be held two EMP Concerts in Arvo Pärt Center. An entire programme of new works will be performed by Irina Zahharenkova, one of Estonia’s most respected pianists. Erkki-Sven Tüür has been writing a piano sonata after long time and Toivo Tulev has also recently created a piece for piano. Irina will also be heard playing the harpsichord: music inspired by the moonrise poetry of Tõnu Kõrvits and a very unique work by Galina Grigorjeva, a composer born in Crimea, living now in Estonia. Two works by Michael Buk will also be premiered – Etude C major and Shyness.

The 2nd concert in Arvo Pärt Centre is by the Estonian-Swedish collective The Bright Future Ensemble that brings new life to the early music settings and the world premiere of Helena Tulve‘s work with modern dialogue and instruments from lost traditions. The ensemble will also present a new work by Swedish composer Britta Byström, whose instrumentation is a recorder, harpsichord, kannel and synthesizer / theremin.

The Estonian National Symphony Orchestra concert is always one of the highlights of the Estonian Music Days. This time the orchestra will be conducted by Kaspar Mänd. The soloist of Hans Christian Aavik, who has recently returned as the winner of the prestigious international competition, will perform Rasmus Puur‘s Violin Concerto, for which the composer received the LHV Award for New Composition last year. Jüri Reinvere‘s opus, which has recently attracted the attention of both his symphonic works and operas, will also be premiered in Estonia, and Helena Tulve will represent her earlier music. The new works have been written by Estonian-American composer Jonas Tarm and Tõnis Kaumann.

The festival continues with two important music competitions, the prize fund of which has been issued by LHV. “Young Composer 2022” final concert at Heino Eller Music School on Sunday, April 17. The winner of the “LHV New Composition Award 2022” will be announced at the ENSO concert on April 22. In addition to the classical repertoire, the EAMT Sinfonietta will perform compositions by young composers at a free concert on April 16.

The program of the Estonian Philharmonic Chamber Choir is excitingly international, the choir is conducted by Dutch singer and conductor Lodewijk van der Ree. The premiere will feature a work by German composer Jüri Reinvere, as well as a new work by Andrus Kallastu, who studied in Finland, and Arash Yazdani, an Iranian composer who has lived in Estonia for many years. Serbian accordionist Momir Novakovic will perform music by Arne Nordheim, Sofia Gubaidulina, and Erkki-Sven Tüür.

The violin-accordion ensemble is something quite unusual. Mari Poll is a young talented violinist who has stood out on the international stage. Together with her ensemble partner, renowned accordionist Momir Novakovic, they will perform several soundcolour schemes (Elo Masing, Rasmus Puur, Alisson Kruusmaa, Lazar Đorđevići, Mikołaj Majkusiak). The Tallinn Chamber Orchestra is conducted by a versatile musician and conductor Andres Kaljuste. In addition to the new works (Alisson Kruusmaa, Ülo Krigul, Madli Marje Gildemann, Marianna Liik), there will be performed also Estonian classics from Ester Mägi and Jaan Rääts are also offered.

This time, the Ensemble of the Estonian Electronic Music Society immerses into the problems of Estonian artificial music, offering real surprises and pearls. “U: Residentuu:r 2022/3” analyzes the background of the disappearing CD culture and today’s listeners’ needs. During the event, an interactive album will be made in remote recording in collaboration with Scott Miller (USA) and Taavi Kerikmäe.

Theatrum’s musical theater production is also on the festival program this year. Based on the novel “Glass child” by Maarja Kangro, “etching.ash” will be premiered on April 23. the composer Tatjana Kozlova-Johannes, libretto author and director Liis Kolle.

This year, the Estonian Music Days will be held for the 43rd time. The festival brings the latest works by Estonian composers, the program covers various genres and includes musicians from a variety of genres and combines different art forms. Helena Tulve explains the nature of the festival: “The festival’s programme gives an overview of the current state of Estonian music. The entire festival is a surprise. As most pieces have been written especially for the festival, we don’t know what to expect and the best idea is to be open to the unexpected.”